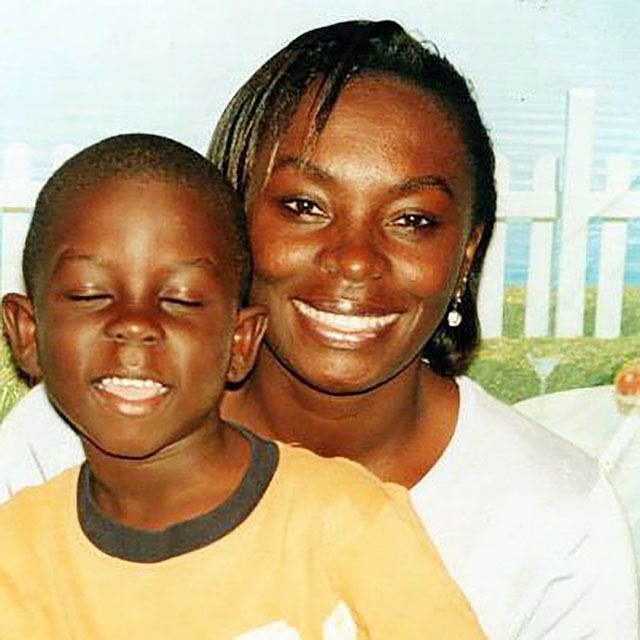 It is the dream of many women to become mothers at some point in their lives. In my home country of Kenya, motherhood is regarded as one of the best experiences women can have, hence women bear their labor pains with all the bravery and the expectations of enjoying motherhood.

My joyous expectation of being a mother was short-lived. As a first time mother, I was so excited to attend the antenatal clinic and looking forward to hear my child’s heartbeats that I did not prepare for the shocking news I got at the clinic. I was told I was HIV positive and that would not live long enough to bear the child and if I did, my chances of infecting the child were high. I was given the option of aborting the child I had really longed for or living all my life with the guilt of exposing my child to HIV infection.

Both very cruel options given to me by the coldest faced nurse I have ever seen. I was told that my womb was risky and my breastmilk deadly.

With the strength of a woman, I decided to carry the baby to term. My decision came with many challenges including rejection of me and the child by the child’s father. My zeal to see the innocent eyes of my baby made me strong and my pain could not deter me from walking this difficult journey. Others were not so strong.

Akoth, a friend I adored so much could not bring herself to go for antenatal visits because she feared receiving the same news as mine. She said she would rather carry her pregnancy with positive expectations and joy. Many are the times she fell ill, had fever but took pain killers and steamed her body in traditional herbs rather than go to the doctor. I called it fear of hospitals An intense fear of the unknown and a fear of the judgment and stigma frequently experienced in a health care system that forcibly tests pregnant women and provides test results without counseling.

One night during her pregnancy Akoth developed high fever and the herbs would not help anymore. In the morning her husband and I finally convinced Akoth to go to hospital and she agreed. Her love for her unborn baby led her to put aside her fears of the unknown. However, Akoth’s desperate condition when she arrived at the hospital was not enough to save her from the scorn and harsh judgment of the nurses when they discovered that Akoth had not been to her ante-natal visits.

While the nurse yelled and threw insults at Akoth, her husband and I quietly pleaded with the nurses to overcome their personal indignation and provide care to our desperately ill Akoth. I wondered if she even heard because she lay there so still.

My friend did not live to see her child neither did her child live to see the world. She died of malaria. I was heartbroken but the kicks in my belly reminded me that I had to remain strong and healthy. Five days later we buried Akoth and her baby and I sadly watched two lives go six feet under. I walked away saying to myself “These are preventable deaths.”

In my second trimester I met a young woman named Kabebi at the antenatal clinic. Kabebi was going to have her second child. She told me stories about how painful labour was but the excitement to hold my baby in my arms surpassed any fears I had. Kabebi told me she had her first child through caesarean section due to complications, but this time round she wanted to experience the full course of labour and have a normal delivery because of availability of medicine for HIV positive women. We became dear friends and visited each other a lot.

The next evening I went straight to hospital, to see my friend Kabebi. As I walked in I saw her sister by her bed holding a bouncing baby boy but her eyes were swollen from crying. She told me that her sister bled to death soon after the delivery of her son. Kabebi never lived to see her baby. As we buried my friend two weeks later, I looked at the ground with emptiness in my face – Another preventable death.

My big day finally came. The pain was too much to bear and my fear was too great to manage but I have to do what had to be done. I prayed to God for two things. My first prayer was that neither my baby nor I should die and my second prayer was that my baby would not be infected with the virus.

A few hours later I had bouncing little boy successfully and 5 hours later, we managed to go home safely. The innocence of my child and the joy he brought to my life erased all the bad ordeal I had gone through in the past 9 months. God had granted me the wish of coming out of this alive. I still looked forward to confirming the wish of the status of my child. Six weeks down the lane, my baby tested HIV positive and I got lost again. I couldn’t hear anything the nurse was telling me because I had started envisioning the cruelty my child was going to face and the blame the world will place upon me because the child was HIV positive.

When I came to my mind I heard the nurse say “We have organized for tubal ligation for you tomorrow. Undergoing the process will not only ensure that you stop having infected babies but it will also make you healthier and you will be able to live longer and take care of your child.” How could I say NO to this yet this was the only information I was provided about my health and well being after birth? How could I say NO when I knew no other options of living longer? How could I say NO when the pain of passing infection to my child was weighing heavily on me?

One week later, seated at the gynecological clinic scheduled to have the procedure I saw women in pain. One woman had serious backache and continuous bleeding. She had undergone a tubal ligation procedure but was not given instructions on self-care after the procedure. I felt in that waiting room that I could not go ahead with this.

I had to run. I ran away from the hospital. I saw the pain families go through when losing their mothers, sisters, wives, aunties and nieces who die while giving life. I had to run to join other women who thought this has to stop. I had to run in the memory of Akoth and Kabebi and all the other women living with HIV whose bodies are controlled and whose rights are violated and whose motherhood is not joyous.